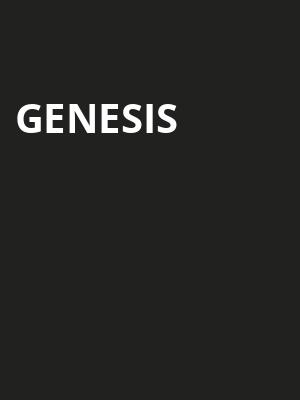 We're all good friends, we're all above grass and here we are.

NEW TOUR FROM THE ICONIC GENESIS

Legendary progressive rock band Genesis is back, taking their brand new tour: The Last Domino? to the road, offering fans the opportunity to catch the iconic group live, for the first time in 14 years! Comprising of Phil Collins, Tony Banks and Mike Rutherford, joined by longtime guitarist and bassist Daryl Struermer and Collin's son Nic on drums, the jaunt kicks off in Chicago, before heading across the country, bringing the pioneer rockers to you. For fans old and new, this is one show you won't want to miss!

Formed back in 1967 when pupils at London's Charterhouse school, the original group included  Banks, Rutherford, and Peter Gabriel, with Collins joining in '71. At the forefront of the progressive rock movement, they went on to become one of the genre's best-known bands. And when Gabriel left in 1975, and Collins stepped up to the mic, the music continued, leading to Genesis' most creative and beloved period, continuing to inspire today. Whilst each member has achieved solo success - there's nothing like the magic these guys make together.

Photo by israel palacio on Unsplash

Sound good to you? Share this page on social media and let your friends know about Genesis at Rocket Mortgage FieldHouse.