Sorry! You missed The OJays and Isley Brothers at State Theater 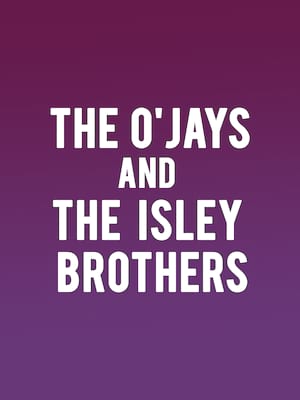 The OJays and Isley Brothers

The O'Jays are still hitting the road with the same electrifying energy they've had for over 50 years.

Why See The OJays and Isley Brothers?

Two classic music groups - The O'Jays and the Isley Brothers will join forces for one spectacular night. Forming in Ohio in 1958, The O'Jays first entered the charts with their song 'Lonely Drifter' and have been making major moves in music ever since. The Isley Brothers got together in the '50s and are widely considered to be one of the most influential groups of recent times.

The Grammy-Award winning Isley Brothers were inducted into the Rock & Roll Hall of Fame in 1992 and have had 16 of their albums hit the Top 40 chart. This will be a night to remember.

Sound good to you? Share this page on social media and let your friends know about The OJays and Isley Brothers at State Theater.